2019 Conservation Farmers of the Year 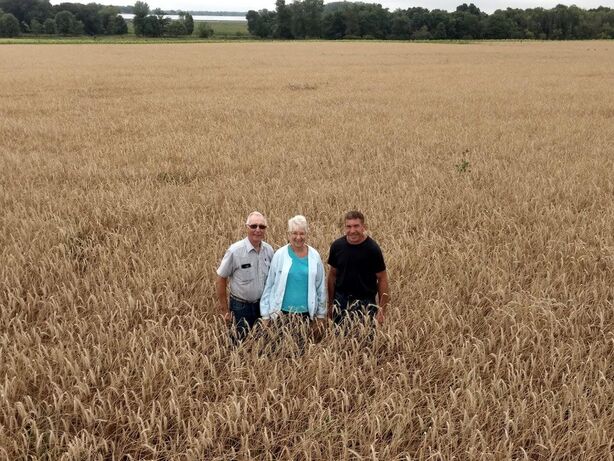 The Waseca SWCD Board of Supervisors awarded Curtis and Darlene Russell and David Russell as the 2019 Conservation Farmers of the Year.  The Russell family run a 500-acre operation near New Richland.  Their farms include raising beef, turkey and crops of corn, alfalfa, cereal rye and sweetcorn, with most of their crops being organic.  They are in the process of transitioning additional acres to organic production and using turkey manure for all of their nitrogen fertilizer needs.  They also use rotational grazing for pasture management.  Some of the conservation practices they have implemented are windbreaks, grassed waterways, stream bank stabilization, wetland bank and and Riparian CREP.
​     Over the years, Curtis has served on the SWCD Board of Supervisors from 1987-2003. During that time he also served as an MASWCD Area VI Board Chairman  on State Board from 1998-2001.