Get to Know Your Local Conservation District

Across the United States, nearly 3,000 Soil and Water Conservation Districts—almost one in every county—are helping local people to conserve land, water, forests, wildlife and other natural resources. The Waseca Soil and Water Conservation District is proud to be a part of this locally-led, voluntary movement, serving as a resource for landowners and farmers of Waseca County for more than 73 years.

Soil and Water Conservation Districts (SWCDs) are local units of government established under state law to carry out natural resource management programs at the local level.  SWCDs provide voluntary, incentive driven approaches to landowners for better soil and cleaner water in the State of Minnesota.  Private landowners with financial and technical assistance from local SWCDs are implementing a wide variety of conservation practices including restoring wetlands, planting shelterbelts and buffers, and preventing soil erosion.

Here in our county, Waseca Soil and Water Conservation District is engaged in a number of local conservation initiatives, including: waterways, terraces, cover crops, water monitoring. 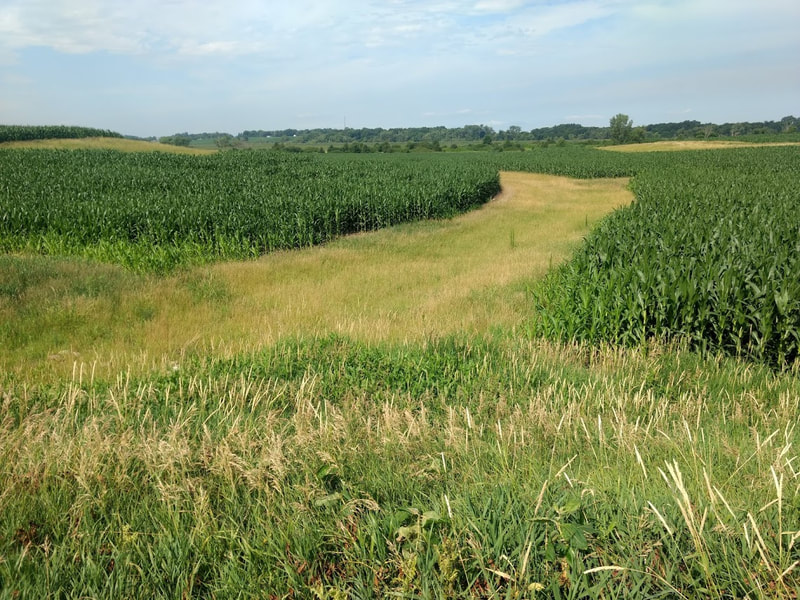 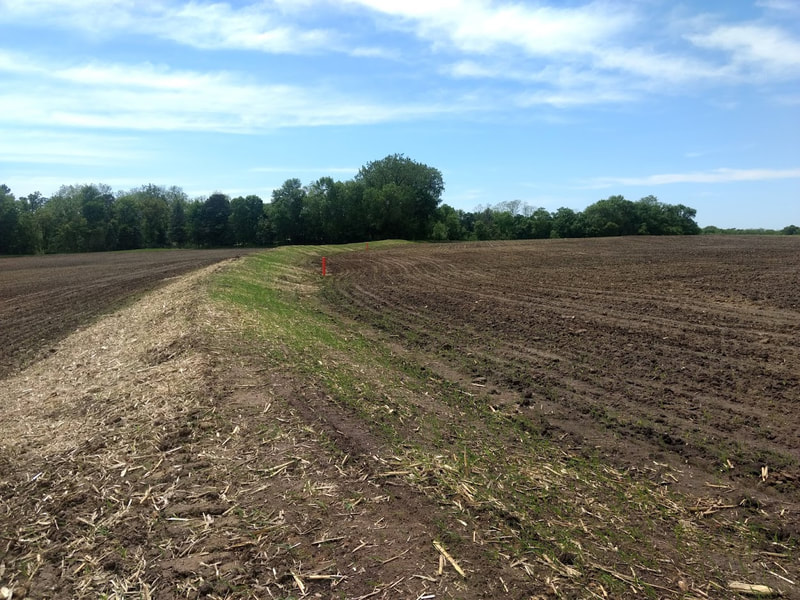 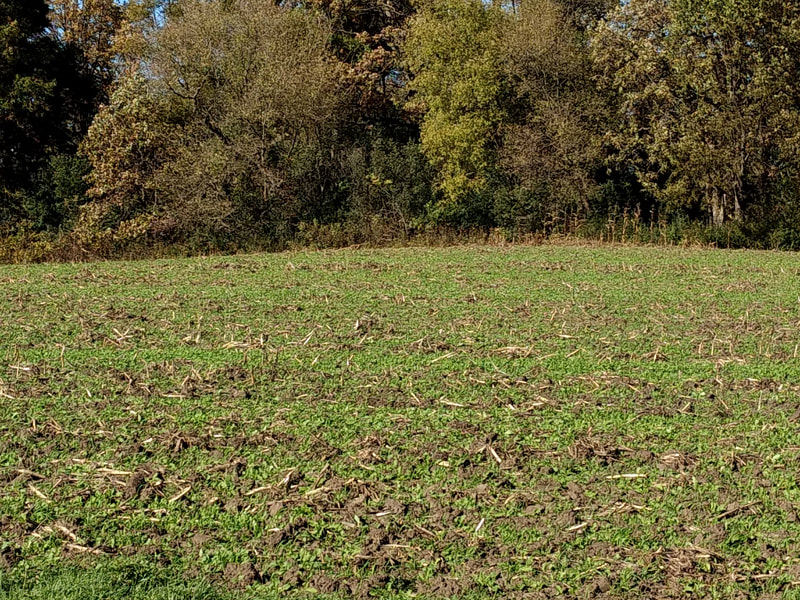 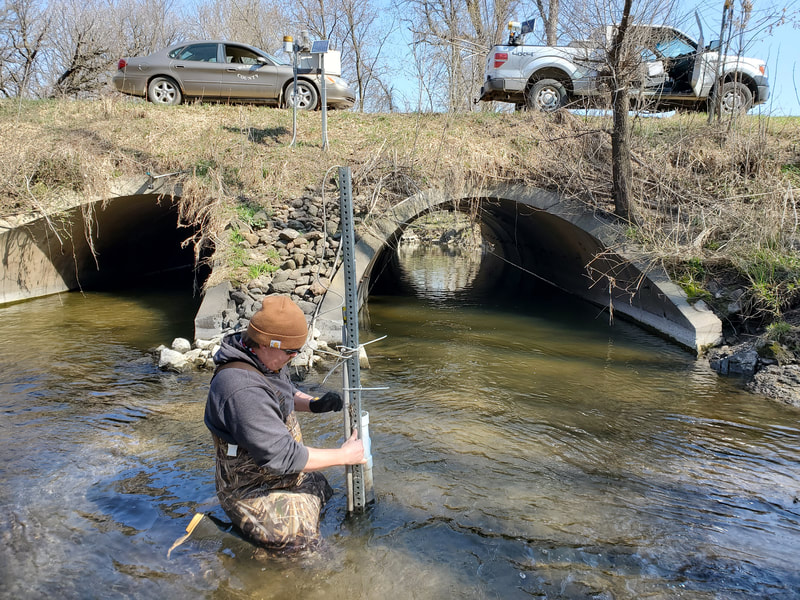 Born in the wake of the Dust Bowl, SWCDs have been involved in delivering conservation across America for more than 70 years. Because Minnesota has a wide variety of landscapes and conservation needs, each district operates at the direction of locally elected board supervisors.  This local perspective allows SWCDs to specifically manage the resources and serve the needs of the citizens in their district.
Soil and Water Conservation District staff and supervisors build partnerships with public and private, local, state and federal entities in an effort to develop locally-driven solutions to natural resource concerns. We work with landowners every step of the way from planning to implementation.

Our work results in clean water, healthy wildlife habitat and productive soil. To learn more about what Waseca Soil and Water Conservation District is doing and how you can partner in their efforts, visit our office at 300 North State Street, Waseca or call 507-835-0603.
70 Year News Release Article-2018 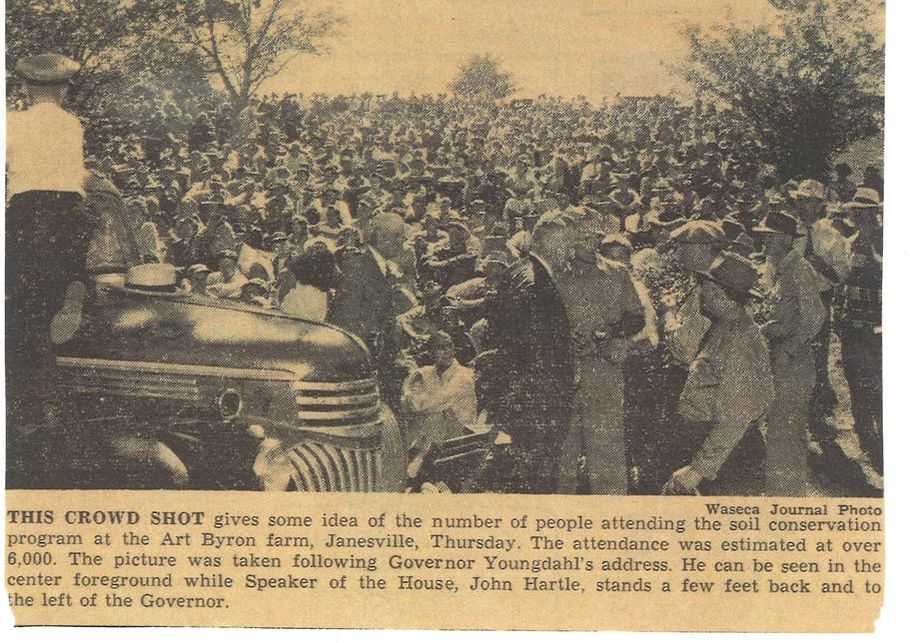 ​         Waseca Soil and Water                      Conservation District Serving          Waseca County Landowners for
70 Years 1948-2018
Conservation of soil and water resources were a national priority in 1932 under President Franklin D. Roosevelt, funding became available through the National Industrial Recovery Act in 1933 to help fight soil erosion.  The Soil Conservation Service was established in the Dept of the Interior with Hugh Bennett as Chief in September of 1933.  The Waseca Soil Conservation District was organized in 1948 by Farmers, County Commissioners and the Extension Office.  At that time all of the townships in Waseca, except Wilton and Iosco, were included.  They were added in 1950.
An election of supervisors for the District took place on August 18, 1948.  The following were elected:  Rueben Youngerberg, Walter Rosenthal, Ernest Marquardt.  A State Committee appointed Arnold Keller and Ray Dinneen.  The first Board of Supervisors Meeting was held on September 7, 1948.  A Ladies Auxiliary was organized with Hazel Keller becoming the first chairman.
The preliminary conservation needs for the County were drainage, soil protection from water erosion, soil fertility and organic matter depletion and the planting of trees and shrubs for wildlife and farmstead windbreaks.
Soil Surveys were started in the fall of 1948 with a total of 5,280 acres completed for conservation planning.  On January 10, 1949 Joe Gabiou of the Soil Conservation Service (now NRCS) was appointed to the District to assist farmers in developing farm conservation plans.   The first Soil Conservation Office was located in the Falk Building (102 2nd St NE) in 1949.
In the early years, soil conservation awareness was demonstrated on area farms. On September 7, 1950 the Soil Conservation Day Program was at the Art Byron Farm, one mile north of Janesville.  The attendance at the program was estimated at over 6,000.  Governor Youngdahl gave the address with Speaker of the House, John Hartle in attendance with him. In 1953, the First County Plowing Contest was held on the Leonard Ewert Farm near Janesville.  Included during the plowing matches were land judging and a Queen of the Furrows Contest.  These became annual events and held on many different area farms for many years.
The District also received a number of Soil Conservation Achievement Awards sponsored by the Minneapolis Tribune.  The Waseca Board of Supervisors received, the first ever given, 10 Year Service Award presented by Governor Oliver Freeman in 1958.
In 1960, the name was changed from Waseca Soil Conservation District to Waseca Soil and Water Conservation District.
1967 brought about Watershed Projects that the SWCD participated in.  The two major projects were the Janesville Village Watershed Project and Crane Creek Watershed Project.  The Crane Creek Watershed Project Groundbreaking Ceremony was held December 4, 1967 and completed in 1971.  The Janesville Village Watershed Project broke ground on July 3, 1973 and was completed in 1974.


Crane Creek Watershed Groundbreaking 1967
September 2, 1977 the Waseca SWCD moved in with the Agriculture Stabilization Conservation Service-ASCS Office (Now FSA).
In 1995 Waseca SWCD together with local Sportsman Clubs and MN DNR-Fisheries, and Fish and Wildlife Service started the Iosco Creek Watershed Program.
The SWCD has programs including the State Cost Share Program, CREP (Conservation Reserve Enhancement Program), RIM (reinvest in Minnesota), District Tree Program.  Waseca SWCD partners with NRCS and FSA making many programs available to landowners like EQIP (Environmental Quality Incentive Program), WHIP (Wildlife Habitat Incentive Program, WRE (Wetlands Reserve Easement), and CRP (Conservation Reserve Program) implementing over 333 projects in recent years.  Funding for programs and projects comes from the State of Minnesota through Board of Water and Soil Resources, Greater Blue Earth River Basin Association and Waseca County. Federal Programs are funded through the Natural Resources Conservation Service and Farm Service Agency.
Accomplishments over the years:[1]
25.9 Miles of Terrace/field diversions have been completed, 96.97 miles of Terraces, 426.15 Acres Grassed Waterways, 10,285 Acres of Pasture Improvement/Rotation, 39,411.7 Acres of Crop Systems/Rotation, 514 Field Strip Cropping Practices and 4,661.5 Acres of Contour Row Crops.
Tree sales and plantings have also been a major project for the Waseca SWCD with the planting of 356.8 Acres, Field Windbreaks 27.57 Miles, 1539.7 Acres of Farmstead Windbreaks and 11.8 Acres of Farmstead Shelter Belts, 18.5 Wildlife Habitat Tree plantings and 839 Acres of Woodlot/Wildlife Preservation Areas.
Wayne Cords, Waseca SWCD Chairman stated, “With over 500 BMPs installed since just 2004, it would be safe to say that in the 70 years of existence, the Waseca SWCD has been involved in implementing conservation on nearly every farm in Waseca County, from Alternative Tile Intakes to Windbreaks and everything in between.   The Waseca SWCD has helped county landowners protect and preserve the soil and water resources here in the county.”  Some of these practices include Cover Crops, Terraces, Rain Gardens, Tillage/Residue Management, Erosion Control, Crop Rotations, Wildlife Habitat Management and Windbreak Establishments.
In the fall 2004, the Waseca SWCD moved to 105 22nd Ave NE, Waseca, with the ASCS Office (now FSA).  In 2012 the Farm Service Agency and NRCS consolidated with Steele County and moved to Owatonna.  The Waseca SWCD has remained at the Waseca location.  Mark Schaetzke- District Manager, Tyler Polster-District Technician and Cheri Brummund-Administrative Assistant are at the Waseca location to help serve landowners in their conservation needs.  The present Board of Supervisors are Wayne Cords-Chairman, Scott Hildebrandt-Vice Chairman, Todd Stencel-Treasurer, Jessie Shaffer-Secretary and Keith Morgan-Member.  The Board Meetings are held the 2nd Thursday of each month [2]at the District Board Meeting Room at 105 22nd Ave NE, Waseca.  The public is welcome at the meetings.  We will also have an information booth at the Farm America Fall Festival and the SROC Open House in September.
___________________
2 Meeting dates and times subject to change.  See www.wasecaswcd.org for dates and time.